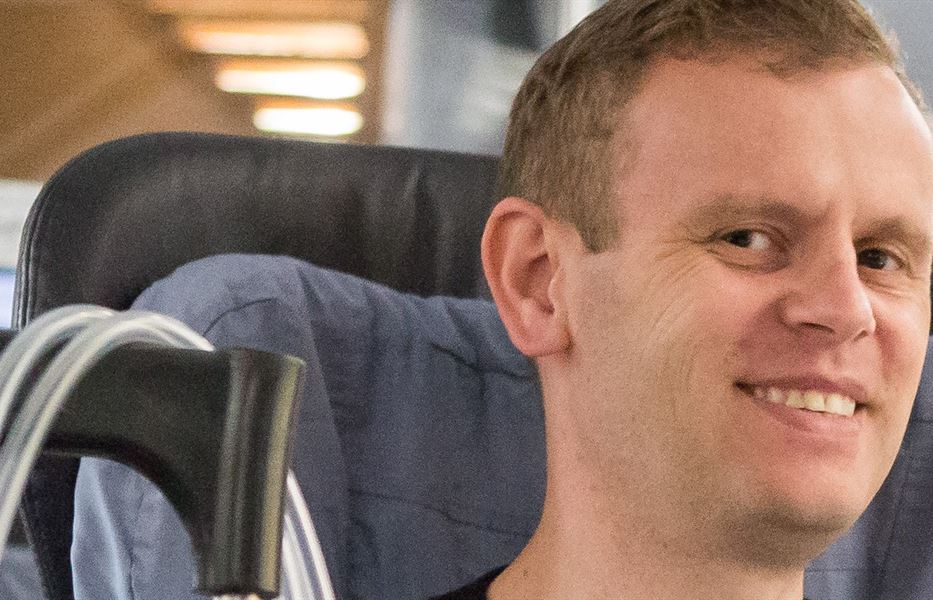 "The EXCOR® is simply with us. And we are glad that something like this exists. It saved my life." – Mathias K.

My story started in November 2007. I was feeling quite well until then. I was in good shape. I played soccer and had practice 3-4 times a week. Running was my other big hobby. In the summer of 2007 I had a few influenza infections from which I never recovered completely, and I continued to do sports. Then I noticed that my strength decreased from day to day. This ended up with me going to the hospital due to shortness of breath. The diagnosis: dilated cardiomyopathy – this surprised me very much as one would not think of cardiac insufficiency, given my age and my athletic hobbies.

In February 2008 I had an ICD (implantable defibrillator) implanted. In addition, the medical treatment workedso well that I could live a relatively "normal" life. I passed my baccalaureate and could successfully complete my business administration studies. Afterwards I started to work in an IT-company.

At the beginning of 2013, a senior physician from the clinic in Homburg suggested that I should present myself at the transplantation outpatient department. They informed me that I would need a new organ in the near future. After some examinations turned out well though, I could return home.

In August 2013 a cardiac decompensationoccurred and I was admitted as an emergency case to the hospital in Homburg once again. After the following clinical treatment I was again in Heidelberg to be put on the waiting list for a heart transplant. The results of the cardiac catheter were so bad that they wanted to put me on the transplantation list as primary emergency. As my condition did not improve, I decided on treatment in the hospital. I was put on the transplantation list with HU-status (high urgency) on December 13th, 2013.

Everything happened quite fast after that. All of the medical parameters deteriorated and my kidneys slowly started to fail. During Christmas, my heart, kidneys and liver failed. On December 27th I was told that I will be transferred to the cardiac surgery department. Further tests should follow, but it became clear that I should have an EXCOR® ventricular assist device from the company Berlin Heart. The same day I received temporary circulatory support and was put into an artificial coma. On the 2nd of January 2014 the EXCOR® system was implanted.

Everything was new in the beginning. My family and I had to get used to the device, but every day we took a step forward and no step back. After the three-week-rehabilitation I was allowed to go home. This was possible because my family, and especially my wife, have dealt with the technical aspects of the device. Thanks to my wife we can exchange the wound dressing 2-3 times the week at home. Her many years of experience as trained assistant in a dermatological practice is a great advantage.

Every four weeks I visit the clinic in Heidelberg for a checkup. My condition has improved very much by now. I can help around the house. This is a bit of support for my wife who currently works full time. We go shopping together and for walks in our town. When she has time off, we like to go on trips with friends. I am always the only one who does not want to take a break. To make a long story short: one can have a relatively normal life with the Excor mobile. It is almost like being without the EXCOR® system, only a little bit more complicated at times. But I/we learned to manage even these circumstances – everything is possible somehow. The EXCOR® is simply with us. And we are glad that something like this exists. It saved my life.

Thanks to this technology it is possible to avoid having to drive the 150 km to Heidelberg for every little uncertainty. Pictures, laboratory values etc. are sent via internet and it is then discussed how to proceed.

Since organ donation is still a delicate topic in Germany and other countries, my wife and I are currently very engaged. My wife is also active in different self-help groups. I am now hoping that with the help of my EXCOR® I can regain strength to meet the next challenge: the transplantation.

Trademarks, images and texts are used with permission by Berlin Heart GmbH.