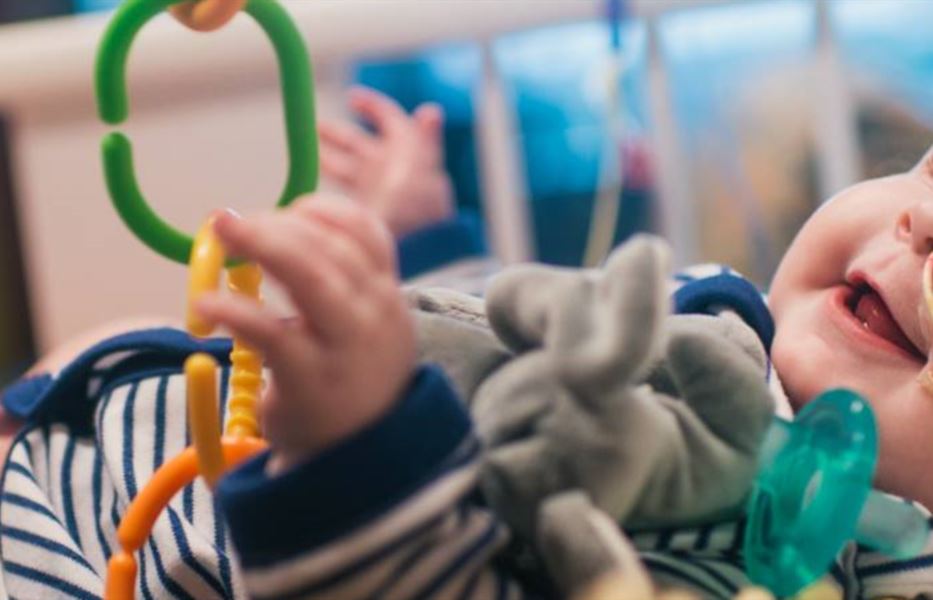 Implanted at the age of seven weeks.

“Our daughter Juniper was diagnosed with dilated cardiomyopathy when she was only two weeks old. She declined fast, and required a Berlin Heart when she was just seven weeks old. We were terrified! Juniper will be six months soon, and we're still waiting for her new heart, but thanks to Berlin Heart she's acting like a normal baby and thriving. We are beyond grateful for Juniper’s gifted physicians and for this life-saving device that have given us a chance to enjoy our daughter.” (Joni S., Juniper’s mother).

Two weeks after Juniper’s birth, her parents took her to the doctor for her first check-up. Assuming they had a healthy baby, Juniper’s parents were shocked when the doctors discovered that her heart was twice the size it should be. Juniper was diagnosed with dilated cardiomyopathy, a disease in which the heart becomes severely enlarged. Thus, the heart does not adequately contract and therefore cannot pump enough blood to her body. In Juniper’s case the left ventricle performs only one sixth as efficiently as compared to a normal child’s heart. As her heart could not support her sufficiently, Juniper needed a new heart. Juniper was listed for a heart transplant when she was only three weeks old.

Juniper was initially able to be treated with medication and was able to go home with her family but after only about two weeks, her condition deteriorated fast. The physicians at the Children’s Hospital in Denver, Colorado decided to implant Juniper the EXCOR® Pediatric ventricular assist device (VAD) made by Berlin Heart especially for children. The surgery took place on April 10th 2014, when Juniper was just seven weeks old. So far she is the youngest baby at Children’s Hospital Colorado to receive a Berlin Heart.

Juniper’s mother, Joni, remembers being concerned when she first heard about the Berlin Heart device as she was unsure of whether Juniper could act like a normal baby while supported by the system. Her parents soon realized that she can. Despite a complicated early course, Juniper was thriving and developing like every other child of her age while waiting for her new heart.

Regarding future patients to be supported by the EXCOR® Pediatric VAD, Juniper’s mother says: “We would love it if you shared our story so that other parents may see just how your device can not only help children reach transplant, but to have a quality of life in the meantime. We are just so grateful for your product.”

After six months of waiting, a suitable donor heart was found for Juniper and transplanted on September 17th 2014. After another eight days she was released from the clinic so that her parents could finally take her home.

Trademarks, images and texts are used with permission by Berlin Heart GmbH.